After our last escapade into a dark and stormy night, you might wonder whether we parked the boat and settled for a less liquid lifestyle.  I’ll have to admit that when the lightning was hitting the sea all around us that we both had a momentary thought that maybe it was time to do just that.  However, I’m happy to assure you that the answer is a resounding NO…we’re not leaving!

In the past four years of living on Happy Dance we’ve experienced a number of what we’d call “rutro” moments and only a couple of those were actually something where we could have been in danger.   So if you do the math, the ahhs, the wows, the pinch me moments, and the total count of wonderful, far outweighs the rutros and oh s**ts.

Our first couple of weeks after crossing over from the mainland we stayed in the Islas Espiritu Santos and Isla San Francisco.  It was quiet and we enjoyed just being back in the Sea.  So here we are, floating along, listening to the waves and the gulls, and enjoying our slice of paradise.  We’ve spent the last month zigging and zagging through the islands just north of La Paz, and we are now in the central Sea of Cortez, where there’s a whole other set of islands and anchorages to enjoy. 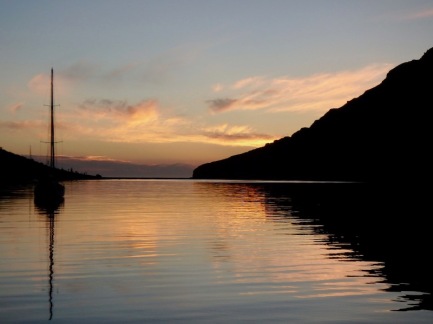 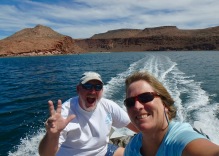 Out for a drive.. 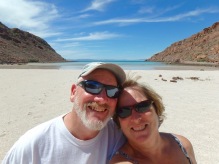 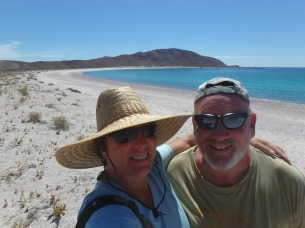 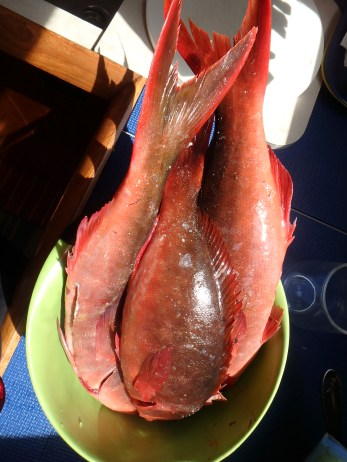 Traded for water and tortillas 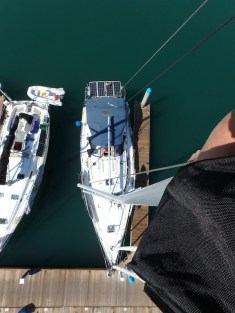 A day at the beach

We then made a quick run down to La Paz to catch a flight back to the States.  It’s baseball season; time for Marty’s annual trek to the land of glitz and glamor in Las Vegas (not to mention an all day drafting session in a conference room away from the glitz and glamor!).  After his draft was done in Vegas he then headed to Seattle to perform some more baseball magic and see a few family and friends while I returned to Happy Dance to get us ready to leave the dock as soon as he returned.

When Marty flew back, he brought company!  My cousin Barbara came down to visit and she gets the Happy Dance prize because she’s our first repeat visitor. This must be the year for visits, because we have a full calendar this month and even have a second return visitor.  I guess after four years the word is getting out that this is a pretty good gig!

We’ve had a wonderful week with our extra crew member onboard as we made the 100+ mile trek north from La Paz, stopping in Caleta Partida, Isla San Franciso, Caleta Nopolo, and Agua Verde.

It’s been a great week of wild life too (the kind that lives in the sea).  We saw dozens of turtles in Caleta Partida, a pair of humpback whales near Isla Ballena (Whale Island), hundreds of rays jumping in Isla San Francisco, and even a shark or two along the way into Agua Verde. 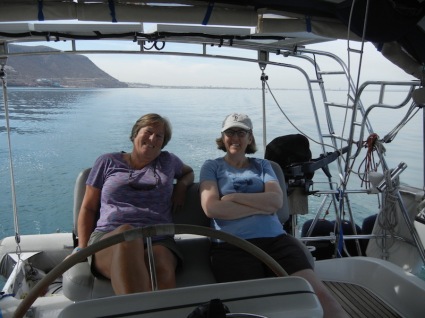 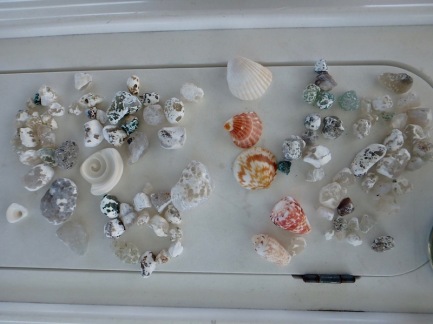 From the top (see Barb?)

And down the mountain we go. 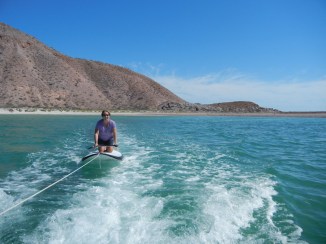 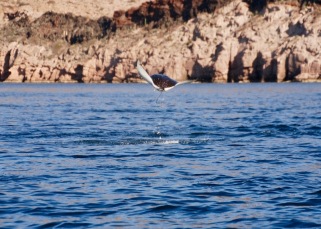 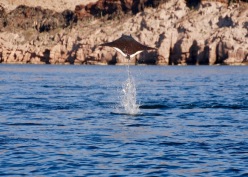 Then the belly flop!

Jumping into the dinghy?

Barb and I collected agates and climbed the ridge trail on Isla San Francisco while Marty handled anchor watch on Happy Dance during a very windy day.  The hike was great, but I have to admit that it was a little scary standing on top with the wind howling!  Slow and steady was the theme of the day, but it’s so beautiful from up on the peak that it’s well worth the hike.

Today we’re in Puerto Escondido doing laundry after hailing a taxi to the airport for my cousin Barbara (sad face).  We’ll spend this week meeting up with friends in the nearby anchorages, then return next weekend to pick up our next stowaways!

(Hint: to see the photos full size just click on any one and it will open a slide show)

2 thoughts on “Our Wild Life!”